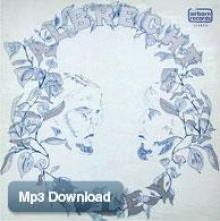 Mike Albrecht and Scott Roley were Andover High School friends living in Bloomfield Hills, Michigan in the summer of 1974. They reconnected after college and decided to form a band playing their original music in local clubs. Scott’s connection with Aslan and Airborn Records provided the musicians and recording opportunities needed to produce an album of their work. Former Aslan member, Linda Roley, performed on the record and created the original cover art.The songs were written by Mike and Scott (with the exception of Jenny, a song written by Jeff Toutman) and recorded mostly in the basement of the Roley’s home in Birmingham, Michigan in the fall of 1974. Some of the sessions were off site in order to find better piano and drum sounds. Aslan’s Jeff Roley and Ted Kallman played on the recording, as well as Ron Moore’s younger brother Alan, who would eventually join the band.Again the machine used was a TEAC 3340 and Airborn Records manufactured and released one thousand copies. There was an additional thousand pieces cut by Spirit Records, which were made available at the same time as the Aslan re-release.